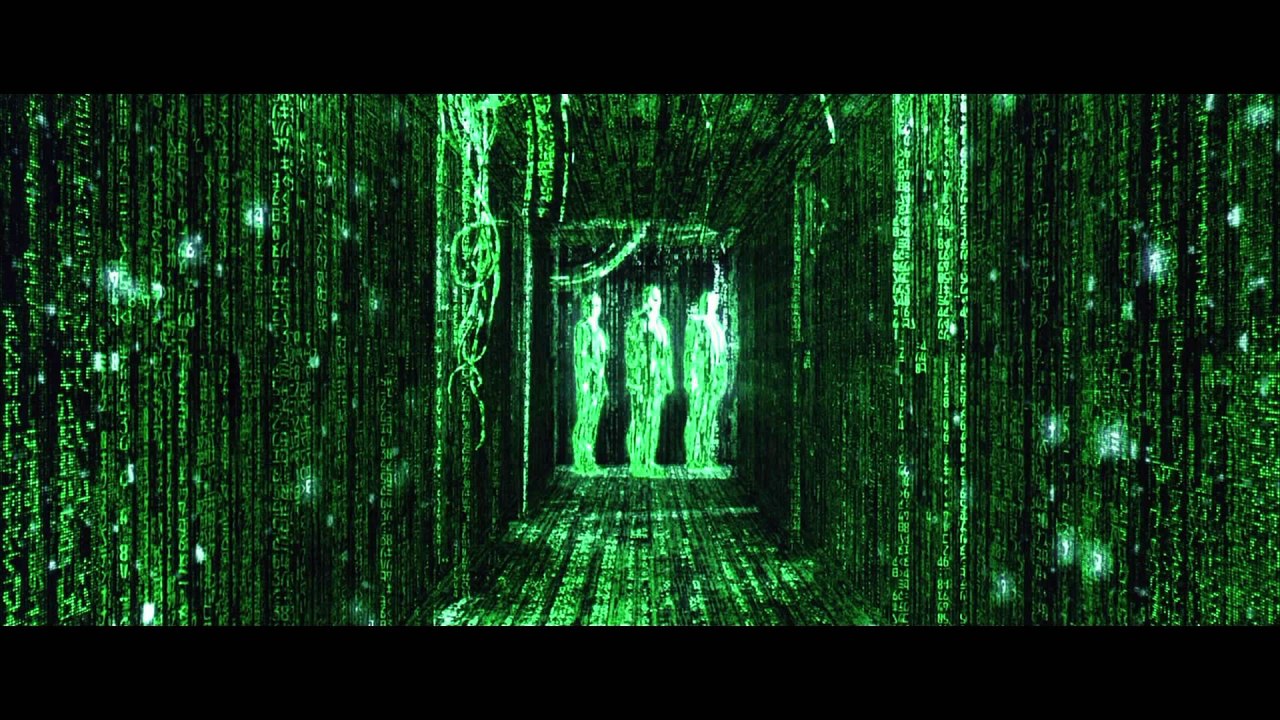 It wasn’t until 2011, when I was nineteen years old, that I had what I would argue is a good reason to use social media. That is when I took my first three-month trip overseas to go backpacking around Europe, and while I was away, Facebook became my primary tool for keeping in touch with family and friends back home, and all the people from different places around the world that I would come to meet while traveling. I’ve been on two more lengthy journeys overseas since and have added a heap of fellow travelers from around the globe on my friends list.

Being able to open my phone and instantly see photos of a friend’s trip to Namibia is awesome and inspiring; the trick is just knowing when to quit. This post was inspired by an article and interview on CBC’s ‘The Current’ titled ‘Quit social media? Author says your career may depend on it,’ and seeks answers to a host of questions regarding a cost benefit analysis of social media use and how to tell when you might be giving too much time to your news feed.

Talking to one of my traveler friends recently, a kooky Englishman that I met while working a job together knocking doors in Australia, he sounded interested when I mentioned the topic of this paper: the power of social media. “What do you mean,” he said, “the power of social media, for example like using it as advertisement or promotion?”

To paraphrase Cal Newport, associate professor in computer science at Georgetown University and author of ‘Deep Work: Rules for Focused Success in a Distracted World,’ I said “more the effects of being addicted to our news feeds and the Pavlovian response of reaching for our phones at the slightest hint of boredom, in turn basically killing our ability to concentrate. And with most people it’s for no productive reason; lots of people do need to use social media for their work or career but most people don’t get much out of it.” “That’s scarily true,” he replied. “I’ve often counted the times where I check my phone when I’m doing nothing, just to see if I’ve got a response from something. When there isn’t, the first thing I do is scroll down Facebook. I hate it because I’m even aware I’m doing it, I’m a slave to social media and I fucking hate it.”

I appreciated his words, because they were certainly not falling on deaf ears. I told him that’s why I chose this topic, because I’m in the same boat. I’ve deleted the Facebook app from my phone in an effort to cut down time spent scrolling my news feed, but so often I would unconsciously pick up my phone and unlock it, making it just a click away from Facebook before I actually realized what I was doing, that I just gave in and downloaded the app again.

The intention of this essay is not to vilify social media or suggest that a vast number of us are helpless to its effects, but to help maintain awareness that we are not obligated to use these services. I created this cost benefit analysis to help discern my most productive amount of social media use.

What is social media?

Social media consists of the internet or web-based technologies that allow people to connect, communicate and interact in real time to share and exchange information… It is widely recognized that social media and social networking are dynamic in nature and so, the definitions will continue to evolve and change as will the way these social tools are used by the professionals and the public alike.

The first thing to be aware of is that no one approach to social media will work for everyone, and costs and benefits are often relative to the user. What is social media?

If you google “costs and benefits of social media,” you’ll find pages of results almost entirely of sites proclaiming the benefits to business’ of social media marketing. What can be gathered from this is that marketing on social media is a very hot topic, and if you haven’t been made aware, everything we type or search online goes with an algorithm which picks up keywords, then we are fed advertisements on social media based on words we use and search for. It seems the biggest or most obvious benefits to be gleaned from social media use right now are those of business’ and marketers, which I would argue is usually is a cost, not a benefit, to the average user.

Jeffrey I. Cole, director of Los Angeles’ Center for the Digital Future, said “now, as interactive mobile technology increasingly becomes a 24/7 experience, we find users recognize they are reaping new types of benefits from technology – along with negative effects at home and work.” USC Annenberg School for Communication and Journalism published information from a survey done by the school which explores the views of internet users ages 13-91 on benefits and costs of online technology. The survey found Americans see these fundamental benefits in using online technology:

The survey also identified negatives, including:

Using this survey’s findings as a base for my cost benefit analysis, I realized a number of other potential costs and benefits that could apply to myself:

What is the risk?

Mentioned above is that this post was inspired by CBC’s “The Current” article, ‘Quit social media? Author says your career may depend on it.’ In the article, Cal Newport (also mentioned above) urges others to rethink using social media, arguing that “we have been overemphasizing the benefits of these services and underemphasizing the cost. And if people did a real honest cost benefit analysis, I think there would be a lot more people out there that come to the same conclusion I did, which is these are not for me.”

Our personal information, our time and attention, and our privacy are just a few things he insists that we consider before logging on. Newport argues that we become addicted to this constant source of intermittently reinforced content, and it becomes a Pavlovian response that at the slightest hint of boredom, you use your phone, you need the web browser. He insists that a major consequence of succumbing to this news feed addiction is a serious toll on our ability to concentrate.

Once this Pavlovian connection is solidified, it becomes hard to give difficult tasks the unbroken concentration they require, and your brain simply won’t tolerate such a long period without a fix. Indeed, part of my own rejection of social media comes from this fear that these services will diminish my ability to concentrate — the skill on which I make my living.

Like Newport, Adam Groza, vice president of enrolment and student services at Golden Gate Baptist Theological Seminary, rejects social media, and is the author of an article titled ‘Why I Kissed Social Media Goodbye.’ One of Groza’s main reasons for quitting social media is the danger of talking too much. In the article, he asserts:

The basic strategy of successful social media is to post early and often. An online profile benefits from being the first to comment or being the person who persistently comments. It is possible to comment quickly and frequently and wisely. Yet for many, initial thoughts are unrefined, prone to inaccuracies and exaggerations, and tend to lack clarity… So there is a danger in speaking ahead of one’s ability to process and filter one’s thoughts. There is also a prevalent danger of pride in social media. Put bluntly, social media allows a person to electronically make themselves the center of attention and excuse this with what is known as the Golden Rationalization (i.e. “everybody does it”).

Important to remember is that no one approach to social media will work for everyone. Interviewed by the CBC along with Cal Newport was Alexandra Samuel, tech strategist and author of a number of books on the subject of productive use of the internet, including ‘Work Smarter with Social Media.’ Samuel says her career was built out of social media, and believes it is an incredibly powerful medium that can support us in our personal and professional goals if we find ways that it can suit our particular style and interests. Although an advocate for responsible use of social media, she writes about these platforms’ algorithms deciding what to show us based on what they think we want to see, saying “I mean you know it is a huge worry and that is actually the level which I worry about it, is the extent to which our views of the world, our decisions about the world are being sculpted for us by the algorithm.” Though she recognizes potential costs, Samuel opposes Newport’s rejection of social media, saying that “just because social media can be distracting, doesn’t mean it has to be.”

How to tell I overuse social media?

How to define what constitutes ‘too much social media’ is relative to the user. Social media essentially functions better for its operators the shorter its user’s attention spans are, and, like any addiction, the more we use social media, the more we feel like using it. The more difficult you find it is to stay focused and concentrated without being tempted to pick up your phone or open Facebook, the likelier it is that you should cut down. An idea that Newport mentions in the CBC interview is also iterated by Oliver Burkman of ‘The Guardian’ in his article ‘Too Busy to Focus? Try this,’ who says:

another switch of perspective: stop taking “breaks from distraction” and instead take “breaks from focus”. Don’t think in terms of shutting off email or Twitter for an hour; make shut-off the default, and make sporadic forays into connectivity. And, yes, he maintains, you can do this even if your job is heavily dependent on the internet. You’ll just have to make your forays more frequent.

If you find you’re taking occasional breaks from the internet to spend in reality, chances are you are overusing social media.

One thought on “Social Media: Do You Spend Too Much Time Connected?”